A small town in Canada is about to become the largest geothermal and solar-powered lagoon in the world, and oh my, does it ever look magical.

In a conversation with Daily Hive Urbanized, Louis Massicotte, tech entrepreneur and developer of geoLAGON, said the 120,000 square foot lagoon will be heated to 38°C – for 12 months a year.

Massicotte says the tourist destination draws heavy inspiration from Iceland’s Blue Lagoon, one of the 25 Wonders of the World. But something sets the Massicotte project apart: it is on its way to becoming the world’s first self-sufficient energy village.

In fact, the Quebec native says his goal of creating a self-sufficient village has turned into a race against time against none other than the richest man in the world, American business magnate Elon Musk.

“I’m hesitant to say we’re in the race against Musk but I think we can do it,” he told Daily Hive Urbanized, citing that geoLAGON could be built and ready for people before Tesla founder’s SunHouse initiative.

“This great first will be made possible thanks to the lagoon and its thermal reservoir, which will make it possible to bring out the village of 600 houses”, explains Massicotte.

At the center of each geoLAGON village is an ecosystem that incorporates a reservoir storing heat under the lagoon. “The sub-reservoir is heated to 70°C by solar, geothermal and biomass energy – without the need to be powered by hydroelectricity.”

In addition, Massicotte plans to build four geoLAGON villages around Quebec and eight others across Canada in the future. “There is a lot of work in the project,” he says. “Wherever I build, I won’t need to be connected to Hydro-Québec or an electricity distributor.

Massicotte, former president of Village Vacances Valcartier, Hôtel de Glace and Parc Calypso, says his team is “pleased to see the reaction of Quebecers to our patented geoLAGON concept.”

The first geoLAGON location in Canada is under construction in Petite-Rivière-Saint-François, about four hours from Montreal, along the St. Lawrence River. Other Canadian site opportunities include Vancouver, Calgary, Toronto and three other locations in Quebec.

“The choice of Petite-Rivière Saint-François is a home run for us because it is the preferred location for investors in the resort market in eastern Quebec,” said Massicotte. Other Quebec lagoon projects are planned for the Laurentians, Estrie and Lanaudière.

“As an entrepreneur, I have chosen to try to be an agent of change by creating fully self-sufficient villages using solar, geothermal, biomass and our patent-pending thermal reservoir – which will be installed under the lagoon and will store hot water at 70°C to help heat the village chalets”, explains the founder of geoLAGON.

Massicotte says 80% of the village’s short-term rental cottages have already been pre-sold to investors and says his engineering studies have confirmed that the project’s energy ecosystem will be 100% self-sufficient and net zero from day one.

The founder says that all parking will be under the lagoon. “I don’t want too many cars, we are in the forest and we want it to stay that way.” 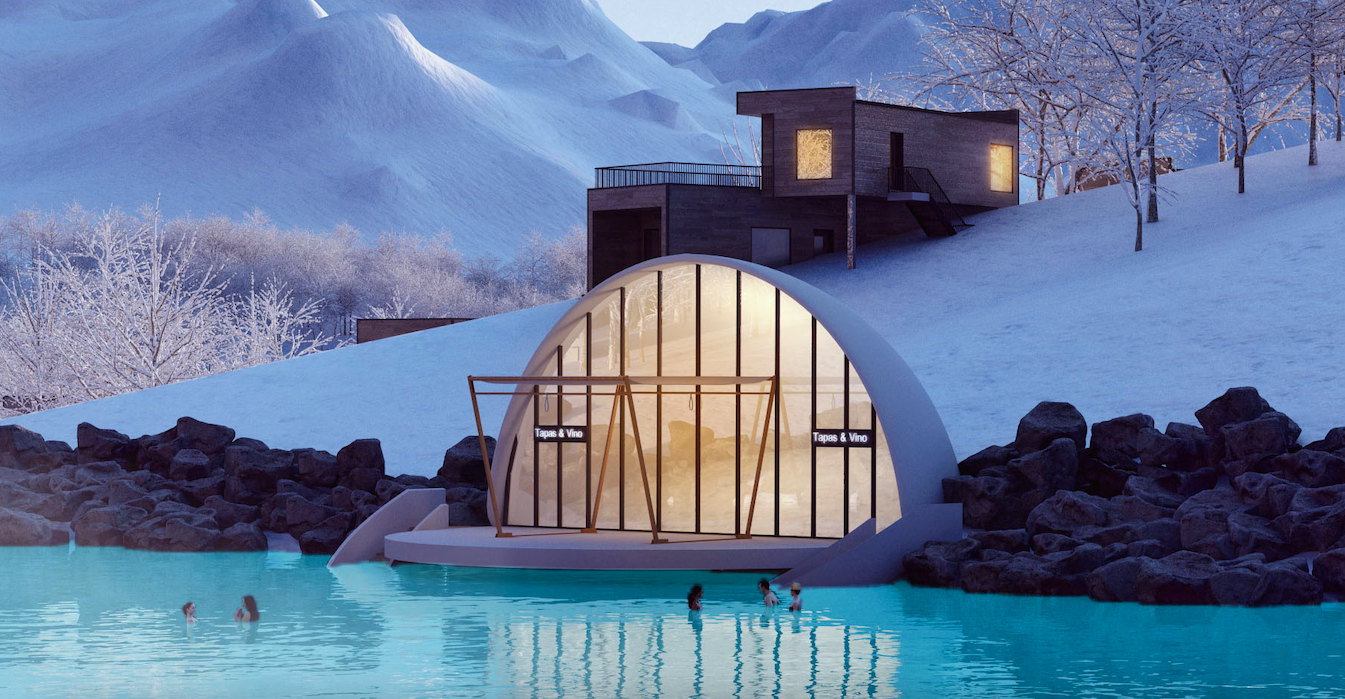 Massicotte says his goal is to sell 100% of the short-term rental cottages to investors before construction — funding his team to raise money to build the lagoons. “We never ask for money from grants, it’s not necessary. I want to contribute to changing the tourist DNA of northern countries with my lagoons.

Each village of 300 double prefab chalets costs $325 million to develop and construction is expected to begin in the spring of 2023.

“Our visitors will be able to rent solar-powered cabins on Airbnb and have an incredible bathing experience knowing that the lagoon and its entire village will be connected to the energies of the Earth and the sun in an infinite, self-sufficient pattern of cleanliness. energy,” concluded Massicotte.

Beating Musk, building self-sufficient villages and competing against the wonders of the world – it looks like Canadians aren’t the only ones who can take advantage of the time to relax in the lagoon spas.

Start picking out those swimsuits, Canada, winter is about to get really cozy.