Theater on Ice is coming to Pasco County

The US national figure skating competition takes place at the AdventHealth Center Ice and attracts performers from across the country.

WESLEY CHAPEL, Florida. – Ice skaters from all over the country are at Wesley Chapel for a theatrical competition.

For the first time, the US national figure skating competition is taking place in Florida at the AdventHealth Center Ice. This is the highest level of competition for this type of theater on ice.

“The theatrical side of the sport is more geared towards skaters who are there to maybe really enjoy the love of performance and not necessarily, ‘hey, I want to go for a triple axel.’ And it also brings a lot of skaters to show skating like Disney on Ice, cruise ships,” said Jenna Dispenza, event organizer president.

“There are many types of performances, including characters, they all portray a different character. There are emotions, where there is a bit more of a deep performance that is intended to be sincere and bring out the emotion There’s also lyrical pop, so everyone gets their pop songs in there. Kids lip sync. Interpretation, where it’s kind of like improvisation, where the skaters have never heard a song before and they have to compose a program on the spot. You never know what you’re going to get and that’s the best part,” Dispenza explained.

Competitor Olivia Bosley gushed about her experience: “Love it! It’s limitless in what you can do… There’s no one to tell you what to do. You can just go in there and be you! “

Charlebois said, “Lights, camera, music, costume… It’s just a way to perform almost without the pressure of a technical competition.”

Brookshire described it like this: “It’s a very different way to express yourself…we’re both introverted. So it’s a good way to express more emotions.” 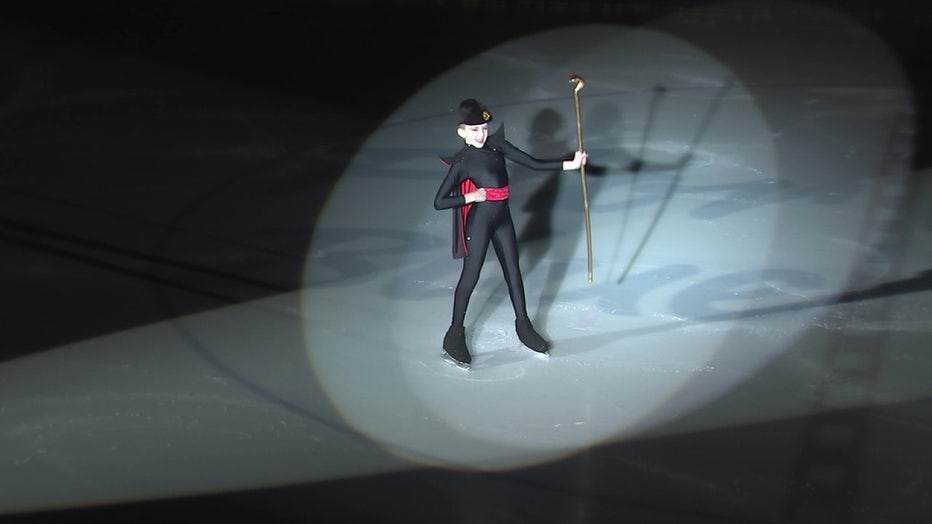 Organizers say the National Showcase is similar to Broadway or a traditional theater show.

“It’s the facial expressions, the interpretation of the music, the choreography, the interaction with the props, the costumes,” Dispenza said.

“This type of competition really shines a light on the different kinds of opportunities available in figure skating. You don’t always have to be big on jumps and spins, there’s a different way to enjoy the sport and to participate in it.”