A £13MILLION project to create a seaside park is due to come before councilors this week and should win their approval.

The Kingsway to the Sea project in Hove covers the land to the west of the King Alfred Leisure Center and includes the eastern end of the Hove Lagoon.

Brighton and Hove City Council has received £9.5million for the costs of the project from the government’s Leveling Up Fund.

The Policy and Resources Committee is due to consider the project in principle on Thursday, when members will also be asked to approve an additional loan of £1million.

More than 2,700 people responded to an online survey between May 20 and June 10, when the council asked for opinions on the project.

The online engagement follows a public consultation last September and walk-in events in May attended by 550 people.

Of those who responded, 89% either strongly agreed or tended to agree that the proposals would improve the West Hove seafront.

And 86% strongly agreed or somewhat agreed with the proposed range of sports facilities and ‘improved green spaces’.

A new skate park received the strongest support, with 70% of respondents supporting it.

A proposed croquet lawn had the lowest level of support, with just 13% giving their approval.

Residents, dog walkers and beach shack users have launched a petition, attracting 144 signatures, to rebuild part of the old pitch and putt course rather than create the pump track, skate park and roller skating rink.

A report to the committee said: “Some negative comments have been received on this proposal during recent engagement sessions.

“These returns concerned the loss of green spaces, incivilities, lighting and noise. 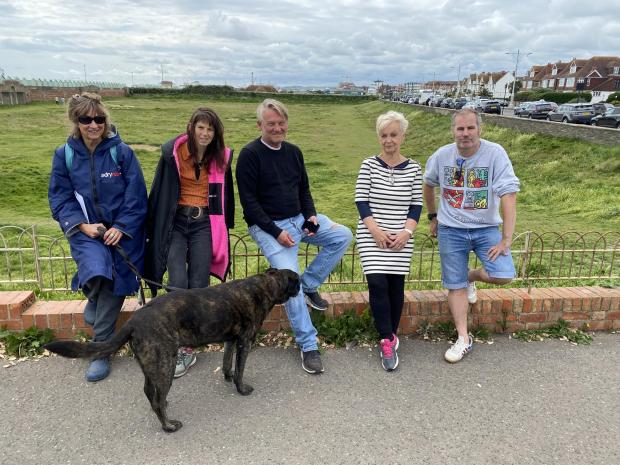 “Designs were reviewed and consideration was given to moving the pump track or in-line skating area to other parts of the park, with the skate park remaining in its current position next to the Big Beach Café.

“These options were ruled out as alternative developments because they impacted the provision of space for dedicated public parkland, which feedback said is one of the key benefits residents expect from the scheme.

“Concerns about light pollution have been addressed with modern ‘downlighting’ that won’t be operational all night. The schedule will be assessed as part of the planning process.

The report says the new outdoor sports center will increase the number of washrooms available on the West Esplanade and will include changing rooms, accessible washrooms and a new cafe.

Toilets at Hove Lagoon are also to be refurbished as part of the project – and a new sports pavilion will include toilets for people using the sports grounds.